The Plough sits on the A350 between Kington St Michael and Kington Langley and has been a pub close to 400 years. In 2020 in the middle of Lockdown 3 it was sold to an organisation closely linked with the Plymouth Brethren Christian Church who have a Gospel Church on an adjacent site. The new owners have no plans to retain it as a public house.

The Plough is the last of any type of community asset in Kington Langley bar a village hall. KCEL is campaigning for The Plough to be recognised as an Asset of Community Value, and ultimately to transferred to the community at a fair value and to remain open as a public house.

To help us, please follow the Help link above.

It's said that Oliver Cromwell stopped at the Plough on his way to attack Malmesbury during the English Civil Wars which places his visit at some point between 1642 and 1648. Whether this is true or not it is difficult to say, but it does show that the history of The Plough Inn covers nearly 400 years as a public house and coaching Inn, during which it serviced both its local communities and travellers between Chippenham and Malmesbury and further afield.

The Plough appears marked on the 1773 Andrews and Dury’s Map of Wiltshire, and maps made in 1885, 1921, 1959. Until the construction of the dual carriageway The Plough was on the Kington Langley side of the main road; when the main road became the dual carriageway it was on the Kington St Michael side of the road but remains in the parish of Kington Langley. Its history shows it as a pub serving both parishes (until 1865 Kington Langley was part of Kington St Michael Parish), and one serving travellers. It was on a main route and had the benefits of both regular and passing trade which remains a common feature with its modern trade. 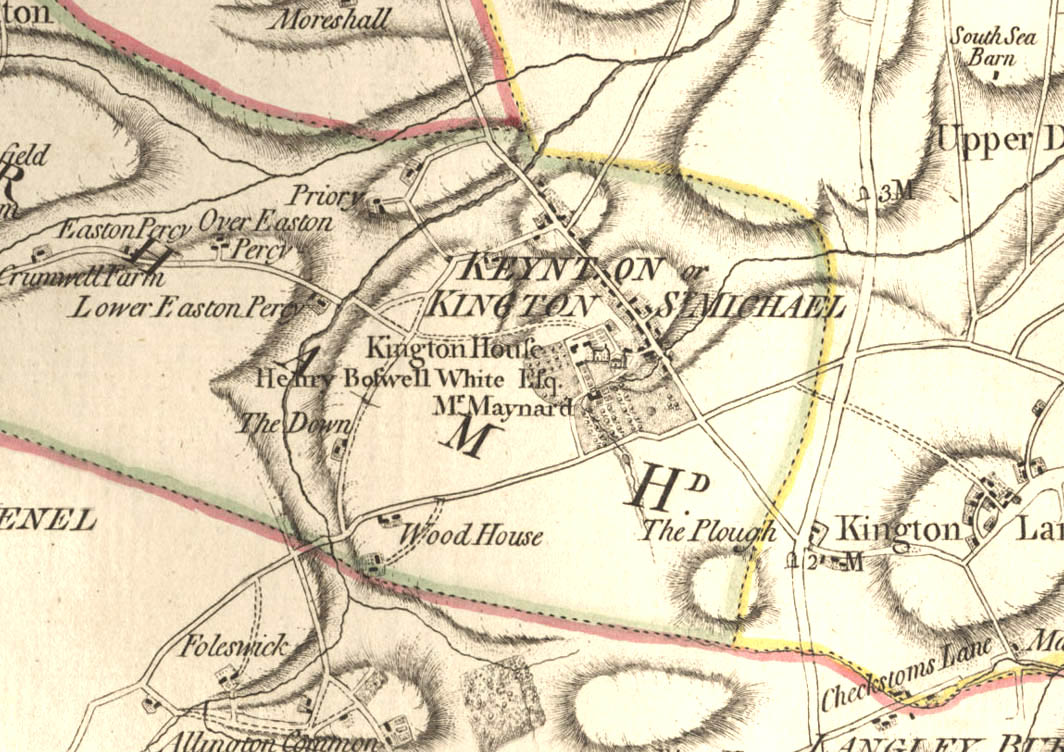 The notes for the building says it has late 17th Century origins which makes the Cromwell story plausible, but most of the building is from the 18th Century and extended someone what in the early 19th Century. History Wiltshire tell that The Plough had a particular sign which gave different messages to potential customers depending which way they were travelling:

On the Chippenham Side:

By hope we plough,
By hope we sow,
By hope we are all fed.
We who live here
Sell spirits and beer,
And hope to get our bread.'

On the Malmesbury side:-

The same source also notes a local festival includes details of the summer Revel from the 17th Century, and on St Peter's Day on in June (at least in later years) festivities would centre on the Plough Inn. This did not always end peacefully:

In 1822 the Revel led to a riot between locals and a party of young men from Chippenham. On the 7th of September 1822, 30 to 40 Langley men went to Chippenham with bludgeons at 10.30 p.m. They called for people to come out and fight but attacked anyone they met. Police assembled with the Chippenham men to drive them back. Two Constables were wounded and one died. Thirty one men, women and children were injured. The chief perpetrators fled the country and others escaped prosecution after a long confinement in the Salisbury Gaol.

Nowadays around that time Kington Langley has the scarecrow festival although its not clear if the two are linked!

Reverend Kilvert passed through probably more than once and noted it in one of his walks. "This afternoon (24 Sept, 1874) I walked over to Kington St Michael by Langley Burrell Church and Morrell Lane and the old Mausoleum and Langley Ridge and the Plough Inn." He doesn't record if he stopped in for refreshment. Glimpses of the life of the innkeepers can be gathered from Census and national registration data, and if he did pop in he might have spoken to the Innkeeper William Tanner who was aged 24 in 1881. He lived there with his mum aged 66 Ann, his sister also 36 named Ann and Isaac Smith his servant. Most of the local population would have been agricultural labourers at this time.

In 1911 Herbert Coates aged 46 was the Innkeeper. Mary his wife was aged 50 and they had been married for 26 years. Mabel Coates 24, single, and Lilian Edith Coates her sister worked in the inn, the two boys Herbert William Coates 22 and Francis Stanley Coates 17 kept the Livery Stable going, showing that the place still traded as a coaching inn as well as a public house for the local community.

The building is a Grade II listed building and  has been determined to be of late 17th Century origins but the most part of it was 18th Century and has been developed over the years.

In 1998 The Plough was bought by the Wellington Pub Company, who let it out to interested landlords without tie. Various tenants made a go of the business and it was profitable, however landlords we spoke to complained of the rent and the full repairing lease which meant that the building suffered some disrepair. The Wellington Pub company were not considered the most sympathetic of landlords by any of the tenants.

In July 2020 the Plough went on sale advertised by Fleurets with a guide price of some £475,000. Unfortunately as everyone knows this was in the middle of the coronavirus pandemic and the pub trade had had one of the biggest shocks in its history. On 20th November 2020 the Plough was sold to the Sarsen Stone Group, a company based in Devizes. We  now understand it has been transferred to the Down Gospel Trust which owns the adjacent land to The Plough and the site of a Gospel Hall. The Gospel Hall is one of a number of buildings used by the Plymouth Brethren Christian Church.

On the 6th of February 2021 heavy work was started, the bar was removed and burned in the yard along with the pub signage. The hedgerows were cut back. Work stopped on the 8th February. Clearly the removal of the bar, the pub signage, and the furniture shows a very strong intention to change the use of the building that has been a public house for nearly 400 years, and indeed the Brethren representative has insisted it will not be a pub again. Fortunately a historic pub is not a used car.

No planning permission or listed building consent has been sought for any alterations to The Plough.

The Plough is a grade II listed building and has been a pub for close to 400 years. It is important historically, in particular to the two Kington Villages, and has a few bit parts in our national history. It has been an important meeting point for all sorts of people of different classes, professions and cultures a role it continued to have until other business failed and dragged it down. It is very fondly remembered by all who used it.

Our mission is to restore The Plough to is use as a pub, preferably owned by the community. To that end we are campaigning for it to be listed as an Asset of Community Value and will negotiate with the present owners for its restoration as a well loved pub. 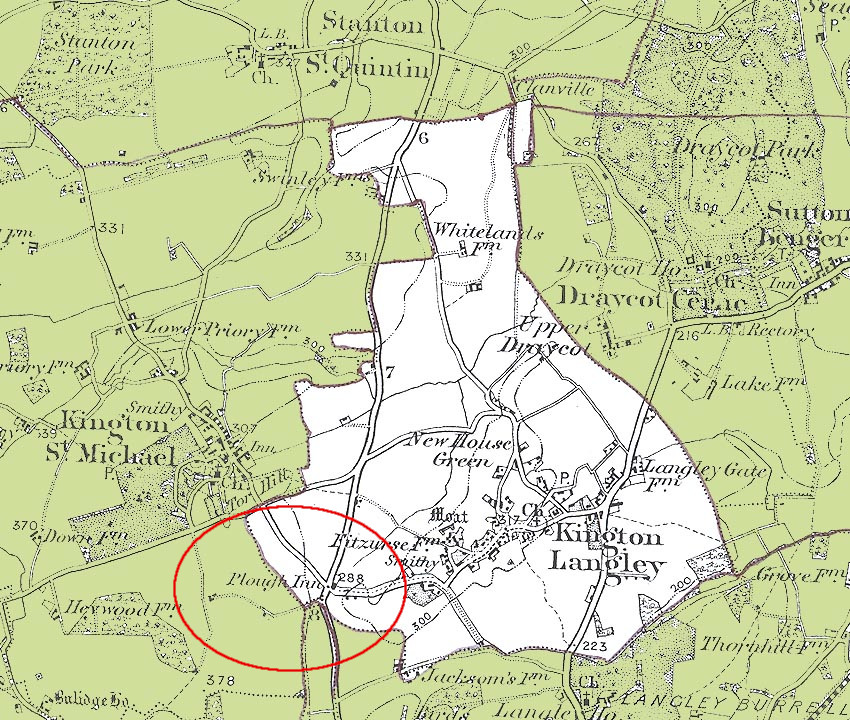 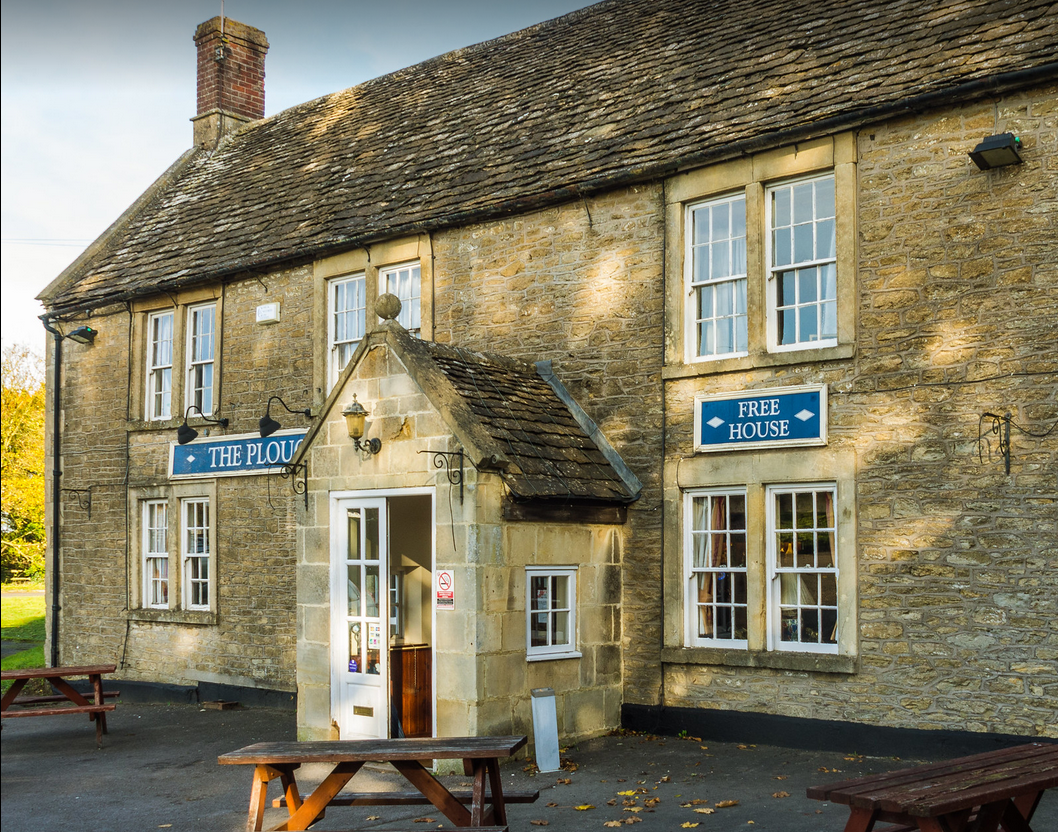